Laurie was born and raised in Indiana but as Dolly Parton said, “It’s hard to be a diamond in a rhinestone world,” so, they moved to Los Angeles where she received her BA in Theatre from Cal State LA.  After undergrad they attended Naropa University, a small Buddhist-inspired University in Boulder CO and earned a MFA in Contemporary Performance.  Post grad school, Laurie began teaching theatre at the Community College of Denver and started a theatre program at Rainbow Alley, the youth drop-in space at the GLBT Community Center of Colorado and they met their future partner!  In 2016, Laurie left their job to become a stay at home dandy and the Fam moved to the Pacific Northwest.  Laurie has made strong connections to the theatre community here in the Puget Sound being a part of the Puget Sound artEquity Collective with art leaders in Seattle.  They also were selected as an Intiman Emerging Artist and have been developing their solo show entitled, “Dandyland:  Queering Motherhood One Day at a Time!” #myqueerfamily 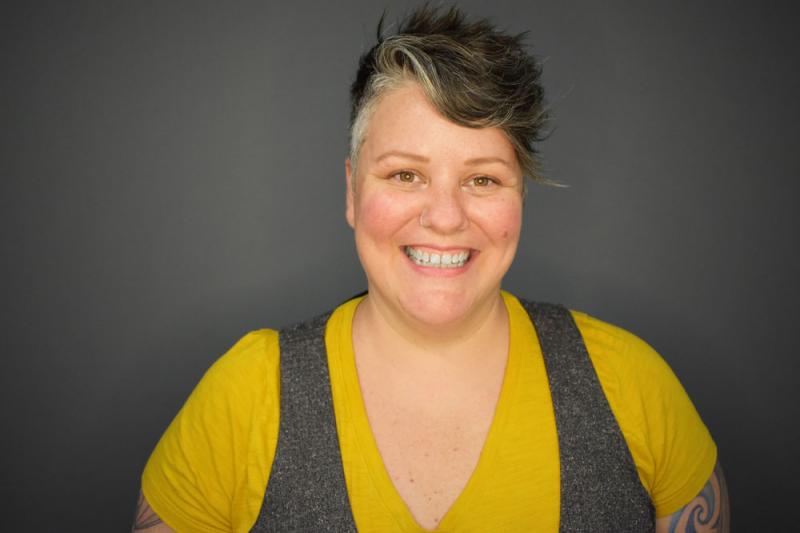